MAKERS OF DEATH: REFLECTIONS ON THE VEIL & THE HARVEST
A TWO-PART SERIES (PART 1)

When death is no longer feared, it is held in the hands like a rock; its power suspended. Silt and debris pack themselves tightly into a smooth egg, holding the histories of past lives. Rather than turning from it, as many of us have been taught to do, The Veil and The Harvest invited us to look into molded histories contained within the inanimate which give both life, and therefore death, to objects.

In developing the first part of the series, The Veil, I connected with artists whose work rendered unique languages in which the veil between life and death— the delicate membrane between this world and the other— is seen and touched. For its follow up, The Harvest, I invited an energy worker, a printmaker and baker, a performance artist, and a musician; endeavoring to create a space where the veil between worlds was not only seen and touched, but felt.

In order to exist in both life and death (and therefore to both sense and feel it) you must do so in a vessel— a body endowed with the gift of mortality. If we center the narrative that works of art exist as a creation of a language, as well as a body, then we can see how each contributor to this series produced a life (and therefore death) with their work. Some artists did so by rendering a body, others by crafting a narrative with their body.

For these subsequent exhibitions, Charlie Crowell constructed forms from a graphite drawing, dried flowers, and other objects contained in a SAD light box as well as hand-drawn handkerchiefs contained in embroidery loops. Markel Uriu molded mountains from rabbit skins and delicately dissected scans of starlings. Emma Kates-Shaw baked a recipe that has nourished a lineage of both blood and chosen family. BBMagda Psychic Medium used relational energy work to pull forth attendees’ intuitive selves. Ko Kirk Yamahira unwove his prior dynamic piece into its receptive form. TUSK called forth the resonance of a liminal space between intimacy and technology. Taylor Hanigosky suspended heaviness and defied physics with her rock sculptures, displaying a history of death (life) etched in stone, glass, and string. And Alex Mari crafted a dynamic persona and narrative with her durational performance and video installation.

In conversations about death and life, we often see a stark contrast: one thing  is presented in direct opposition to the other. In shifting the understanding of life and death as a cycle or continuum, TUSK, Charlie Crowell, and Taylor Hanigosky all brought us avenues to the in-between. TUSK’s performance was a tightrope between worlds, presenting itself as constructing an indefinable genre: a language built of both pared-down electronic beats and honey-sweet resonance. Their lyrics touched upon the relationship dichotomies of a generation whose ascent to adulthood was interwoven with the advent of social media and technology; having only navigated adult relationships through the dance of digital authenticity and intimacy. TUSK touches the little deaths in all of the "almosts"— communication breakdowns in the deeply intimate way many of us interact over social media and text, where the screen itself is the veil between detachment and true intimacy. In Corrine Manning’s piece Latency, she delineated between desire and longing, defining desire as anticipation, as excitement, as possibility; the emotional focus is on the thing we want, and longing as lack, as fear of what we’ll never have, the emotional focus is on the experience of not having and is less about the thing we want. ² Facetime, performed by TUSK at The Harvest, touches this dichotomy exactly:

In which reality do we exist, if we walk the fine line of a detached, touchless, and social media/app-based intimacy?

With his delicate rendering of bodies on unlikely surfaces, Charlie Crowell often re-creates a form from parts of the whole. Charlie’s work is an implication of a body—an assumption of form that is sparse enough to allow the viewer to imagine their own body as a part of the figure before them. Supine and the almost-intimacy it rendered was both the malady and the cure. The SAD lamp, a lightbox made to simulate the effects of the sunlight as a treatment for people who experience Seasonal Affective Disorder, was joined with a graphite tracing of a figure and dead flowers, shrouded by a laptop screen protector. This diametric composition  transported the viewer to a place of longing and grief. The piece was the study of a body, not quite alive, brought forth with synthetic sunlight, and covered with a privacy screen as its shroud. The effect was not unlike TUSK’s performance--a longing, a want to render the intimacy and vulnerability of flesh, but with the protective armor of technology as the ultimate barrier.

At the heart of Taylor Hanigosky’s work are objects, seemingly suspended in medias res, held in the in-between of longing and desire. In The Veil her piece, Suspend (before and after), a glass pane and stone tethered to the ceiling with string presented a kind of looking glass to the viewer. At the start of the exhibition, the stone sat precariously atop the glass pane, but with the movement of the elements and bodies in the space, the stone succumbed to gravity and fell into the net below. Her sculptures provide an opening between the material and immaterial world—these suspended rock pieces are not bodies in repose, however tightly held they may be. Instead, they are a body in pause— suspended, attempting (and failing) to deny physics, which in itself is the ultimate surrender to the mortality of being.

If Taylor Hanigosky’s suspended bodies marked the passage of time, so too did Ko Kirk Yamahira’s unraveled canvases, each pulled into existence by the artist’s painstaking removal of individual threads. Yamahira’s piece, Untitled (rose) was the forming of a body, but a physical body removed from the self. The piece was transformed from a structured channel for light in The Veil into a being of its own form in The Harvest. The piece was taken from the canvas-stretcher bones it inhabited in The Veil and placed on display embodying a new softness and vulnerability in The Harvest. Untitled (Rose) wanted  to be touched--it went from being the connective tissue of The Veil, to the lungs and breath of The Harvest. With this piece, the viewer was invited to become the fascia, the body’s connecting thread. The intimacy of the unwoven and soft canvas, its suspended pieces moved with the viewer in both installations, created an ephemeral record of the audience as they walked through the space, a history held in the piece itself. Yamahira’s piece marked the passage of time, as if to age like a body, creating new shapes and wrinkles in the artifice, only to return back to its original form. ​

To read part two of this essay, please click here!

Sequoia asks that you consider donating to Open Arms Perinatal Services, a nonprofit focused on strong community-based support for women through pregnancy, birth, and early childhood. Here's a link to learn more and send your contribution!

Sequoia Day O’Connell is a Seattle curator and photographer, as well as a birth and abortion doula. They received a BA in Visual Arts and Psychology from Hampshire College in 2015, and was an organizer with Lions Main Art Collective in 2016-2017, as well as an organizer and member of the Board of Directors at The Vera Project, 2008-2013.  Sequoia curated and organized the Blue Lady shows in Northampton, MA, an inclusive art and performance show that highlighted voices in the queer community, using artwork as a foundational element to build and strengthen community relationships. Intimacy is a common thread in their personal, curatorial, and professional work—their photography touches the personal and vulnerable boundaries between body and space, while their work as a birth doula offers support to pregnant people and their families during a pivotal and vulnerable moment. ​​ 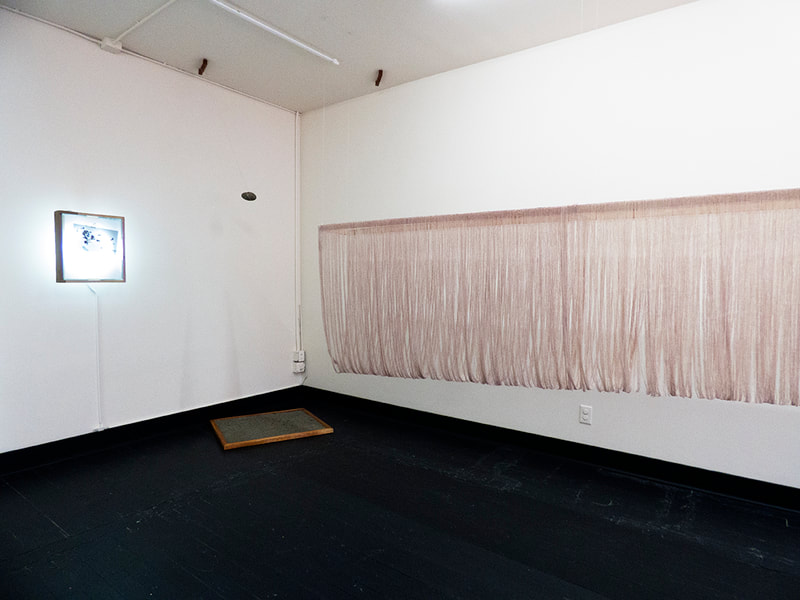 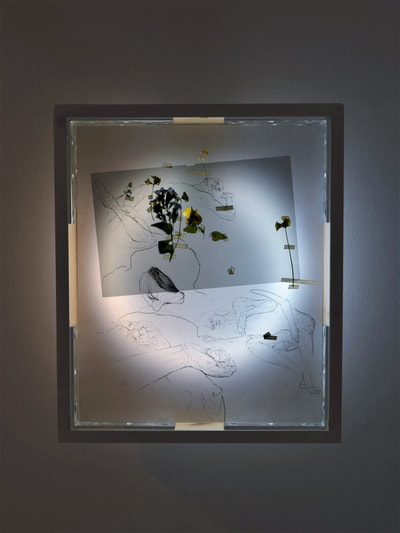 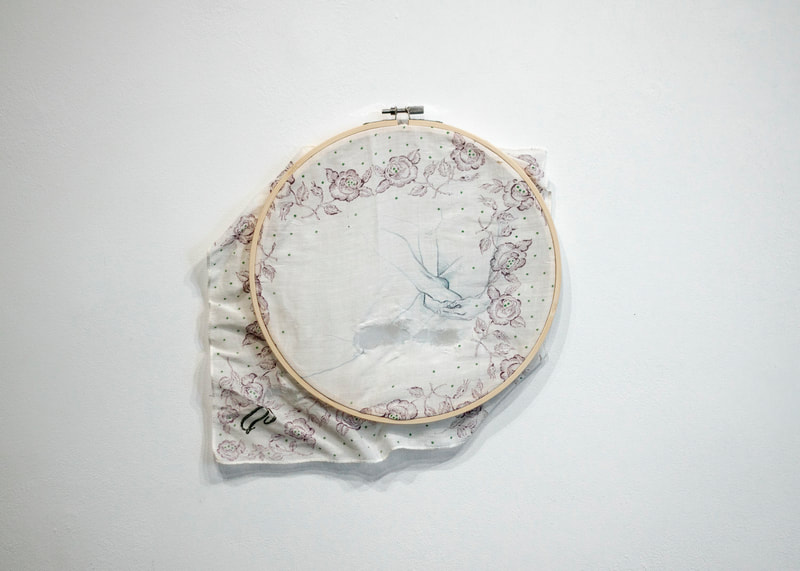 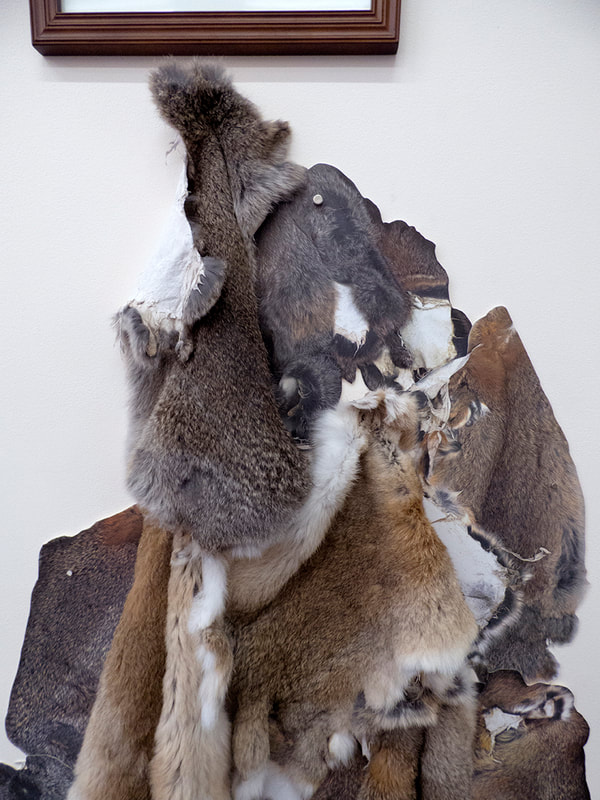 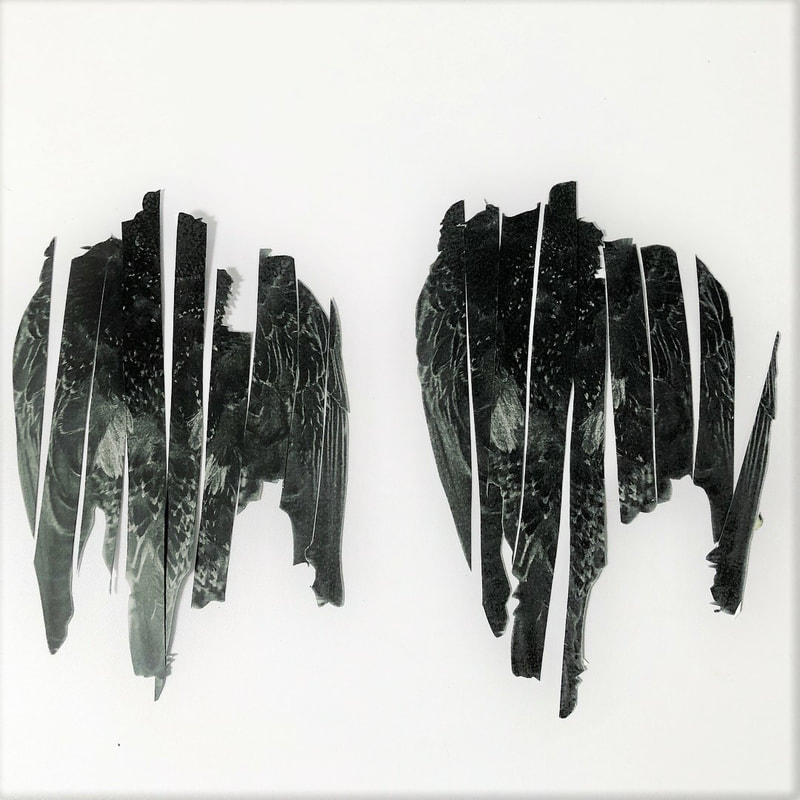 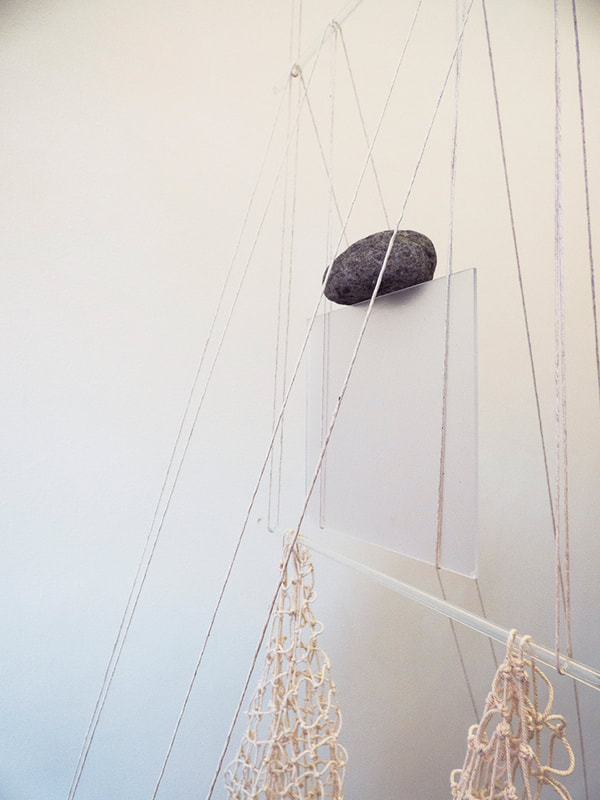 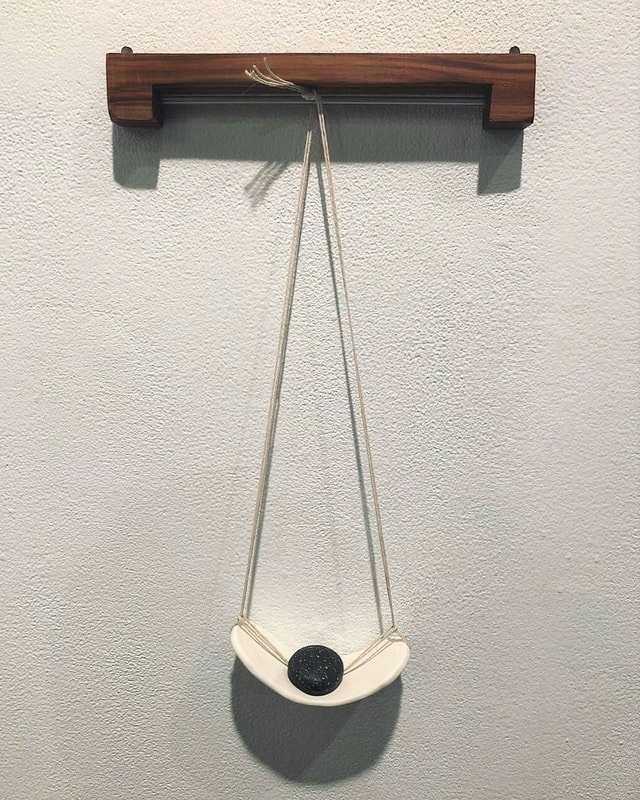 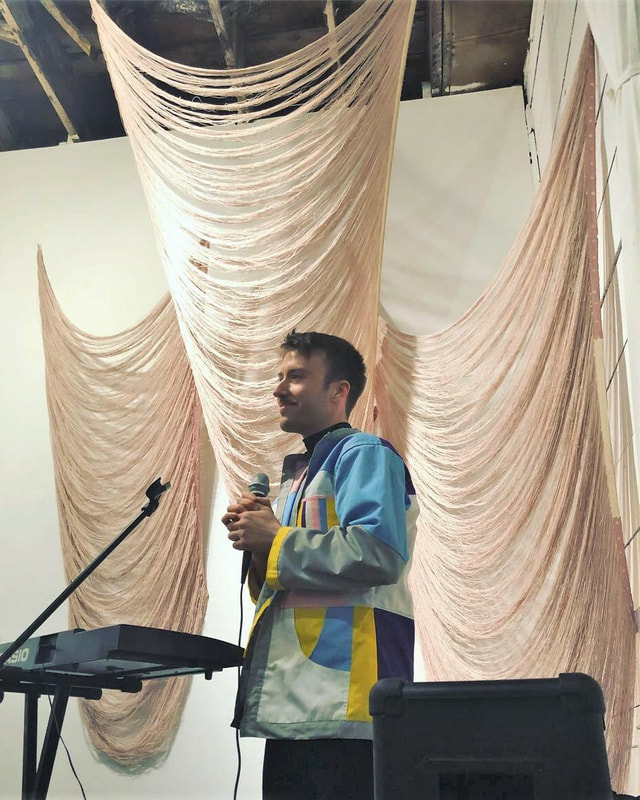 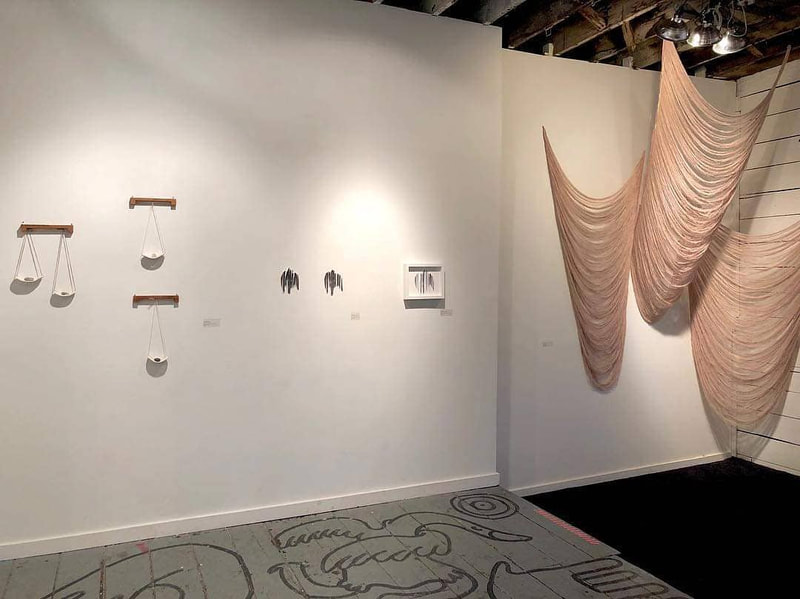