Here in the 21st century, our bodies are still contested spaces of ongoing colonial terror and hegemonic sexism. As we assert common acts of survival and self-determination of our identities within the limiting conceptual framework of Western identity, we walk into the world with this knowledge: our reconciliation with our bodies and the earth is a threat against state violence and patriarchal dominion. To inhabit our bodies is an act of betrayal against heteropatriarchy, so we use our bodies to resist. To use our body is an act of resilience. We use our bodies to create alongside this land that provides us with life and energy. We deliver rituals that solidify our connection to this earth. We are guided by sacred sexuality and afterbirth breaking through the generations of heartache. We come guided by a predestined desideratum of creation and give birth to rhythm and remedy through bodies unarmed.

The artworks included in the exhibition utilize photography and ceramic art to create the foundation for artwork that addresses a revitalization and embodiment of self in direct relationship to the land. The body is situated atop the land, the body is shaping the land and the land shapes the body, history is disrupted and rewritten, and inter-generational healing is re-established.

Demian is the founder & director of the artist / activist initiative, R.I.S.E.: Radical Indigenous Survivance & Empowerment, which is dedicated to the education, perseverance, & evolution of Indigenous art & culture. He is the recipient of the 2017 Brink Award; as well as grants from Evergreen State College (2014), PICA - Portland Institute of Contemporary Art (2014), Art Matters Foundation (2015), & will be an artist-in-residence this November at the Institute of American Indian Art (IAIA) in Santa Fe, New Mexico. 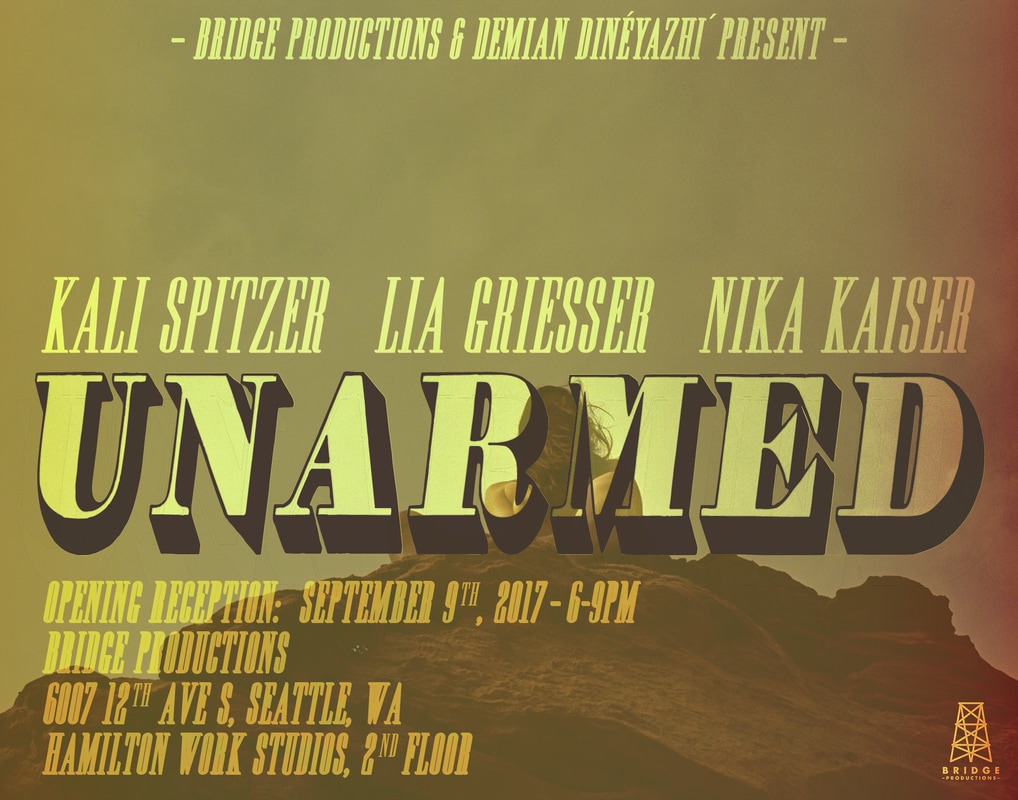 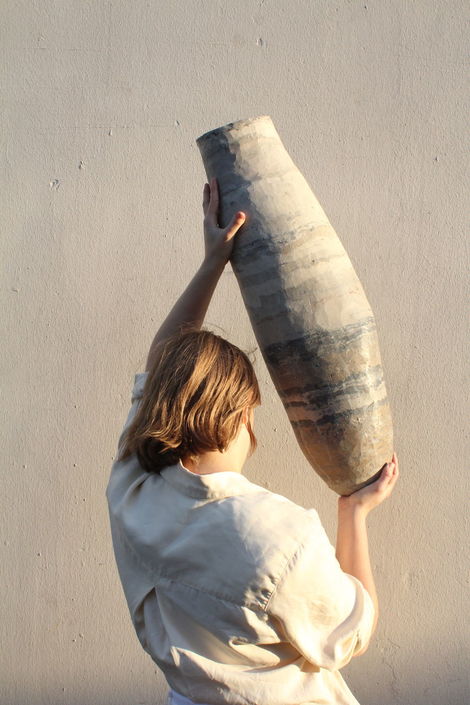 ​Approaching New Mexico’s Gila Wilderness, I notice rain rolling clay downhill. Monsoon season has come to the Desert Southwest, cupping water up from the Gulf of Mexico to weave it into the desert’s parched, salt laden soil. The way clay moves is particular: it’s own language. Once you know its tongue you see it everywhere. Once you speak its form you can respond with hand rolled coils, mended together by the memory of roots: like snakes talking to stone. I pull over at a striated road cut, and acknowledge the ancients and their descendants by running my hands over layers of history that cannot be erased. Leaving offerings of my hair, I ask for permission and guidance as I begin harvesting clay. The United States Wilderness Act of 1964 states, “A wilderness is an area where the earth and its community of life are untrammeled by man, where man himself is a visitor who does not remain.” My practice stands in direct opposition to this ideology, instead believing both human and earth are in their strongest manifestation when engaged in mutually beneficial relationships.

​Lia Griesser is from Tucson, Arizona, or as the Tohono O'odham originally named it Cuk Ṣon. “at the base of the black hill.” She is of Eastern European Jewish descent, and grew up with a strong connection to her people’s history, sacred ritual, and stewardship of the earth. In 2013, she completed her undergraduate degree in Intermedia Arts from the Pacific Northwest College of Art in Portland, Oregon. Since graduating, she has studied with ethnobotanists, naturalists, and archaeologists of the Southwest Border Regions. Lia works as a bioregional herbalist, harvesting plants from the Sonoran Desert and Madrean Sky Islands for Native American, Chicanx, and Western practitioners of botanical medicine. Most recently, Lia partnered with Southern Arizona Workspace and Desert Harvesters (Tucson) to create a restaurant sustainably sourced from wild harvested and decolonized native foods. She is applying to the University of Arizona’s graduate Geography program for Fall of 2018, where she hopes to dive deeply into her study of the cultural impact of Southwestern geology. 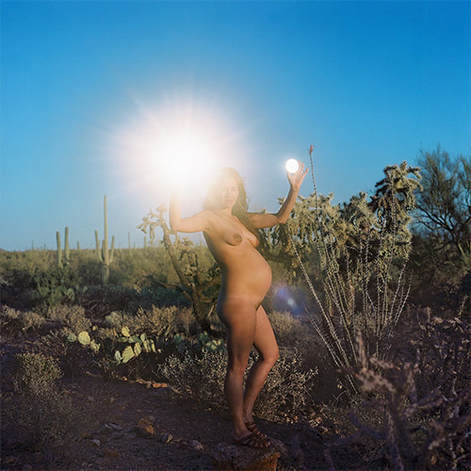 Desert Varnish is a dark iridescent coating found on rocks in arid regions. Possessing properties of both a living biological being and a geologic composite, it is scientifically debated whether this illusive veneer is to be considered earth or animal. In this series, landscape and mammal are captured as one and the same, boundaries blurring as they become each other. The sublime qualities of the Sonoran Desert serve as a catalyst for manifestations to occur, suggesting that the locale itself is the creator of such happenings. Selected works exhibited are part of the greater body of work that is Desert Varnish.

​Nika Kaiser is a photographer, video and installation artist. Born in the desert of Tucson, Arizona, this familial landscape informs her work as she combines ideas of psychological transformation, regional histories, folklore and environmental conservation. 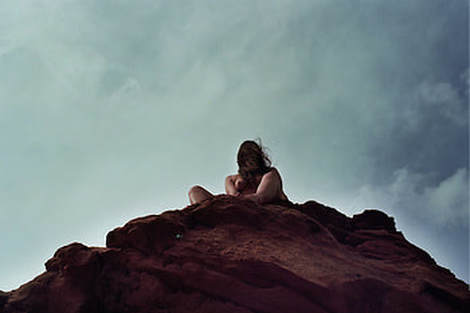 ​Kali Spitzer is Kaska Dena from Daylu (Lower Post, British Columbia) on her father's side and Jewish from Transylvania, Romania on her mother's side. She is from the Yukon and grew up on the West coast of British Columbia in Canada. She is a trans disciplinary artist who mainly works with film - 35mm, 120 and wet plate collodion process using an 8x10 camera. Her work includes portraits, figure studies, and photographs of her people, ceremonies, and culture. Her work has been exhibited and recognized internationally. At the age of 20, Kali moved back north to spend time with her Elders, and to learn how to hunt, fish, trap, tan moose and caribou hides, and bead. Kali documents these practices with a sense of urgency, highlighting their vital cultural significance. She focuses upon cultural revitalization through her art whether in the medium of photography, ceramics, tanning hides, or hunting. She views all of these practices as art and as part of an exploration of self. Kali would like to extend her gratitude to all of the people who have trusted her to photograph them in such intimate ways.