CORPORATION ON THE WATER

This piece of short fiction by Ian Gazarek accompanied our 2012 curated box set, Blast Center, featuring original work by Ryan Molenkamp and Cristin Ford. This collaboration was a reference and testament to the invigorating analysis of self-referential loops in artistic works


Last week, I swear, I woke up every morning wondering where I was. I still don’t know what’s wrong with me. My stomach has also been acting up. But this is, you know, the dark cloud that forms the center of an illuminated silver lining. This is a joke my wife and I have. In the morning, as the world shifts in place around me into something I remember and understand, I always feel the realization enter me that I live on the thirty-fifth floor of a forty-story condo building. I stare out at the Gulf of Mexico stretching out endlessly beneath my window. I lean my head against the glass and feel the alternate waves of remembrance and unfamiliarity pass through my brain as I inhale and exhale, trying to match the patterns of the approaching ocean. My doctor says nothing is wrong with me, but what does he know?

I’m thirty-five. I’ve worked since I was twenty-three as an executive at the ExxonMobil oil company. I started at an office in Tacoma Washington where I organized shipments through the port in Seattle and I put in enough 80-hour weeks to grapple up the chain. It’s hard work -- good work. It makes me feel useful.

In the summer of 1984, when Byron was processing my transfer to Dallas, I requested to be placed for a few months on a deep-sea drilling platform in the Gulf. I wanted to see where the cash came in. I can tell you with no reservations that the people who work on these platforms are complete red-faced morons. They are entertaining in a way that respectable people never will be. There is simply no telling what they are going to do.

My third day on the platform one of the pipelines underwater exploded, pounding hundreds of thousands of gallons into the water around the platform. I was instrumental in organizing the recapture crews; the rig executive, an enormous British expat, was drunk during the whole process. He claimed that being totally bombed helped him make big-picture decisions. Sure, why not. The more he drank, the more adamant he got that he loved to drink martinis, but all I ever saw him drink was Jack Daniels from a tiny wrinkled paper cup.

A few days after the pipeline explosion, late at night, I was watching the rain come down, hanging my wrists over the rail. It was warm, and the air smelled like hot metal. Simon’s light was on. I had to assume he was up there, a few stories above me, drunkenly staring out at the same thing from his office. The wind was going pretty hard. A water spout, something I had seen a few times before, formed right over the heart of the slick and started spooling up the oil and carrying it into the air in an opaline braid. The rain started coming down harder and lightning began to strike. As it struck the base of the waterspout, flames rose slowly in spiral ribbons toward the thick black clouds above them, and my eyes opened wide in disbelief of what I was seeing. It lit up the seascape and the waves in this dark red, and I saw, coming from the base of the rig, Simon flying toward the column of fire in a Zodiac, yelling something that sounded through the driving rain like, “Jericho!” Who knows what the hell he was yelling, really.

The only person I ever told about that was my wife. I mentioned it almost absent-mindedly, years later, in the early morning. The sunlight coming in was dampened by our white, knit-patterned curtains. Those curtains were knitted into patterns of shells. I remember after I’d told the story realizing that I must have been holding my spoon of cereal in front of my face the whole time. I suddenly looked over at her and she looked at me with this confused look, like she couldn’t understand why I was telling her this. Then she shrugged and went back to her paper, and for a moment I felt an immeasurable void yawning between us.

Things are good being an executive. My family back home in Tacoma all seem to think I’m some soulless asshole, but I’m not totally devoid of culture. In fact, I try to make a point to explore the museums, but, to be honest, the concept of art seems dwarved by the bustling freeways of Dallas. The last time I was at the museum, the Picasso exhibit was in town. I remember how the pieces looked, totally disjointed in a way that doesn’t reflect the mind of the Texan at all, a solid, single-minded thing. The paintings seemed weak. As I stared at them, I was imagining the millions of cars on the roads of Dallas a few square miles around me, churning through gasoline that I help to provide.

Something about work lately has caused my mind to wander. I sit at my desk calculating the cost of oil and behind my eyes sits the image of the ocean, deliberately coming toward me. I’ve earned this small allowance, though. I know I can take a break from time to time. My adult life, I look back on it, from when I graduated high school until now, and even how I imagine I will live my life until I die; a life that began as an exuberant gaseous ribbon and has slowly been solidified, frozen, and destroyed into a tiny grouping of flawless darkened crystal; conserved, clear, and hidden under a subtly shifting mantle.

I have this recurring dream where I rush toward my own blast center and pillow out into a huge cloud shaped like an iridescent mushroom. Everything I move over completely disappears. In this dream, I barrel past freeways, destroying them and their millions of tons of concrete, and I vaporize the cars that use them. I am a tiny force led by an expansion into nothingness. I have this dream every few months. When I have the dream, I have a good week at work.

I am at work now. I am eating a coconut cream from a box of assorted chocolate I keep in the second drawer beneath a stack of licenses and litigation prep. It’s so good I can’t help looking on the back of the box to find the owner corporation, imagine the millions of other chocolates they make every year with a workforce of thousands. This corporation, like mine, was created by people who wanted to give something back to the world, to make lives better not only for their employees but also for their customers, and the progress of all humans on the planet. I place the box tenderly beneath the documents like a premature newborn under an incubator blanket. I run my thumb across the top page.

The weather in Texas can be brutal. I have often found that, on hot nights, even with central air in the house, it’s not worth sitting around at home. When it’s bad like that, I get in the car and drive around. I have a few places I like to visit, but I usually stop at a gas station and watch as people come and go. A few days ago I was at the one on Lemmon Ave, by I-75 across from the Target. I was watching a young couple filling up their car with gas under the lights of the red striped porte-cochère, and at first it looked like the girl was crying and the boy was earnestly consoling her, bent over and whispering something soothing into her hair, but he had raised his leg up into her crotch and I could see she was humping it. Their friends waited patiently in the truck as if nothing was happening, staring straight ahead. Behind the couple, at the other end of the parking lot, I could see the deep green of a dilapidated trash container, and at the corner of it, which was rusted through, it looked like a skunk was eating some spilled out trash. As I drove away a few minutes later, I got a closer look and saw that it was dead.

There’s a routine I have before I get into bed at night. Brush my teeth, wash my face, moisturize, get into my pajamas, turn off my computer, and walk to the window to look out into the gulf. I feel pretty sure there’s something important out there in the water, something I need to figure out that explains something very basic about me. Every night, as I’m falling asleep, I am wondering what it is. 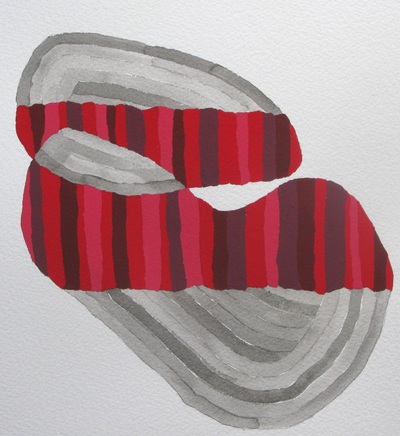 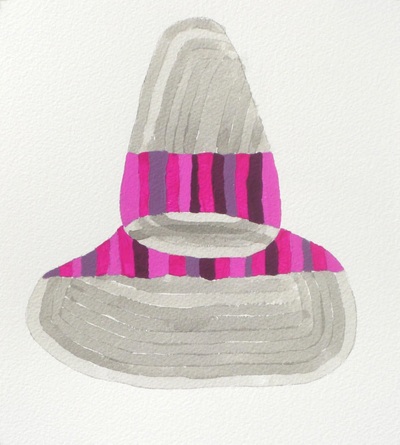 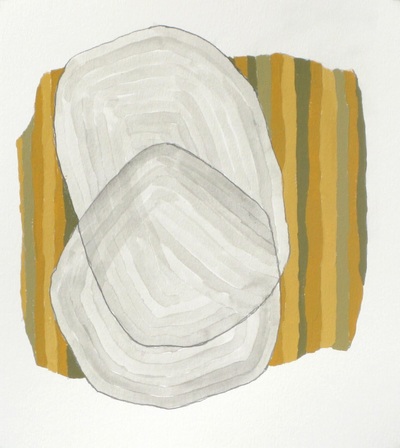 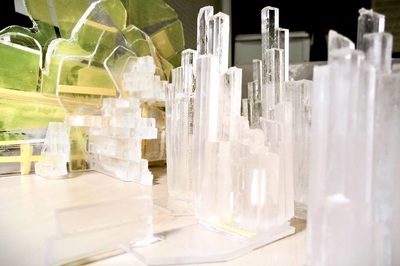 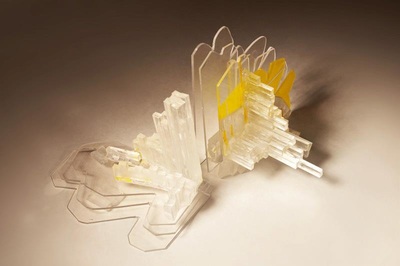