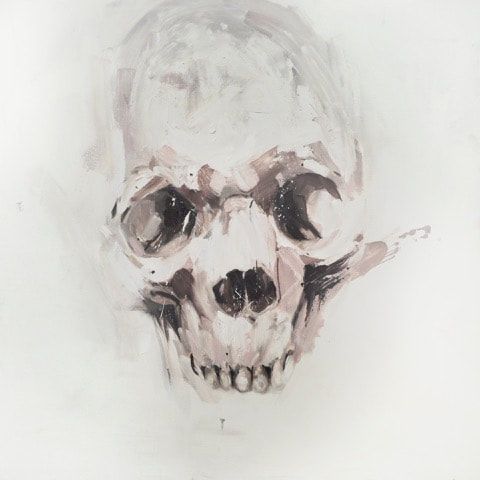 Mike Wagner \ The Pollution, 2011, oil on canvas, 48 x 48 inches
This writing is the final piece of a three-part series produced during  Negarra A. Kudumu's curatorial residency  at Bridge Productions in which she discusses the key issues in her practice such as the education and curation as spectrum not a binary, curatoriality, and condition versus methodology particularly where African and African Diasporic cultural politics are concerned. To highlight and bring to bear these thought experiments, Negarra has curated  From Fool to World, featuring new and existing works by the prolific multidisciplinary artist Mike Wagner.