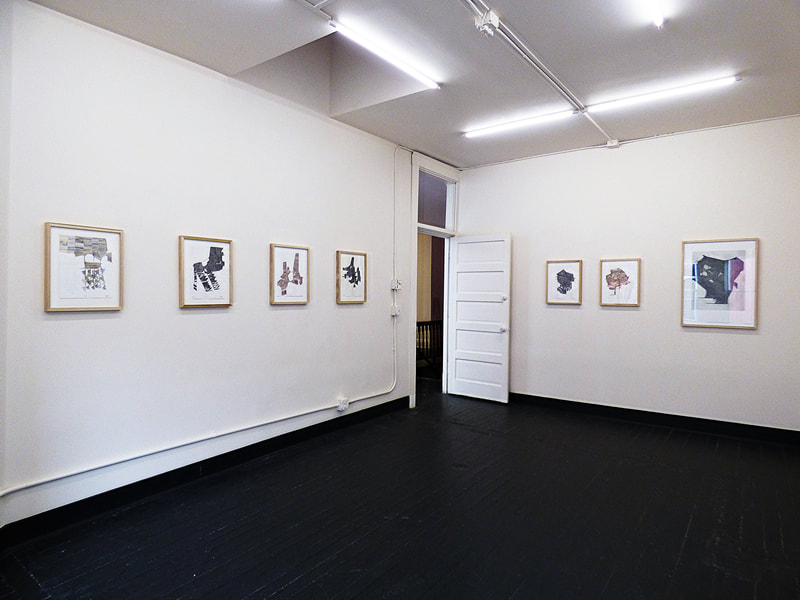 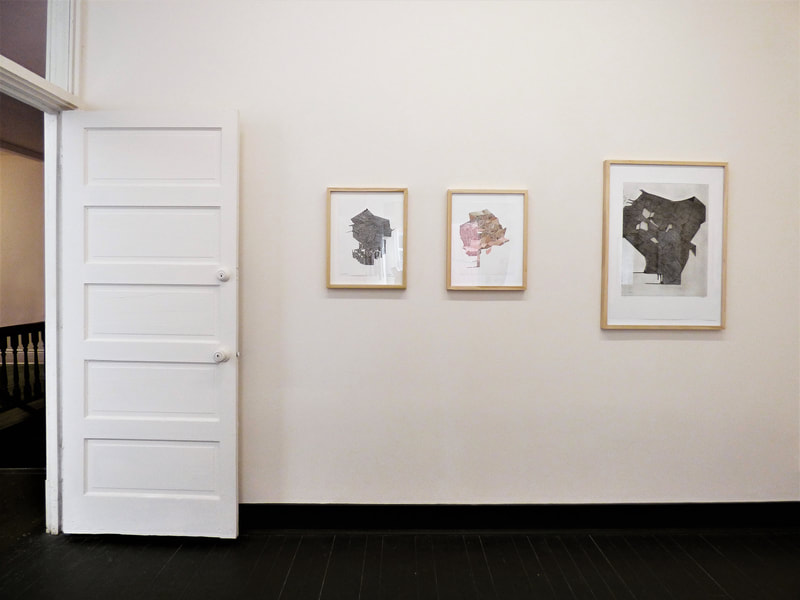 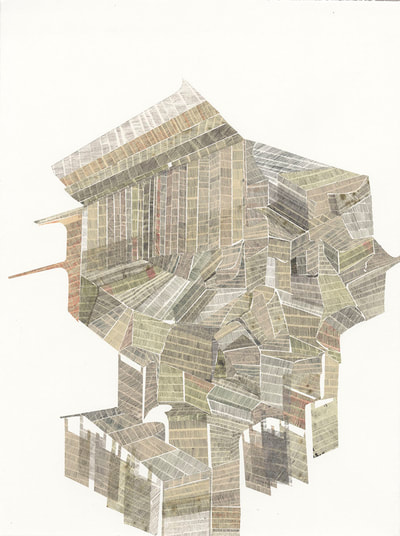 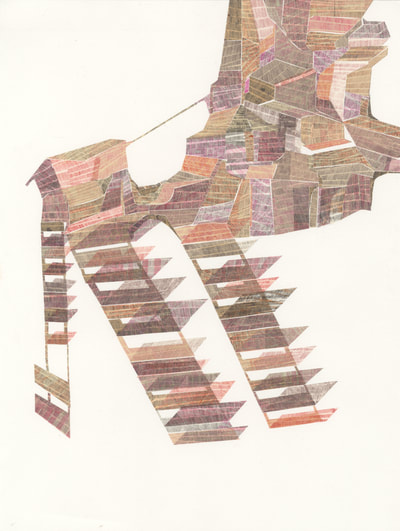 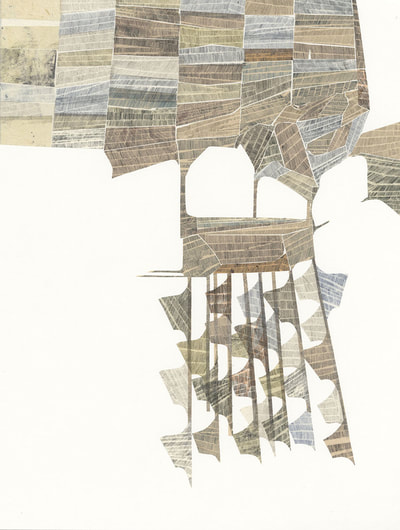 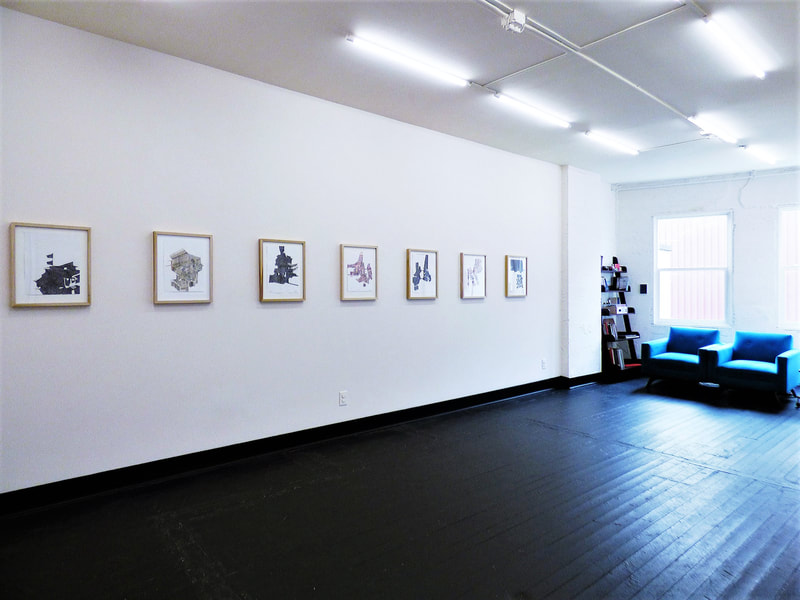 For inquiries about Kim Van Someren's work, please feel free to contact us.
Seattle-based printmaker Kim Van Someren builds wondrous architecture that defies physics. Their impractically cantilevered extensions catapult themselves beyond the frame, while others appear to be untethered and hovering in the air. Some present themselves as complicated intertwined tiers of balconies, mezzanines, steeples, and ladders; strands of overlapping rope, drapes, and banners festively decorating their towers; or cascading down towards some unknown terrain. ​Kim Van Someren's aesthetic engineering is as much a kind of wayfinding as it is the formal inquiry of a material body.

My work references the idea of building. The structures and forms that I make are secondary to the investigations of balance, believability and kinetic potential of that which is inanimate.

As a printmaker, I am drawn to the texture of paper, the permanency of line, the act of the hand, and the significance of white space. The construction of the forms that I make are a series of unplanned reactions; a notion which allows me to both implicate and complicate an idea.  Through measured mark-making, subtle color, and odd angles, the push and pull of weight distribution and dimensional collapse becomes apparent.

Some of the things that fuel my work are agricultural and construction equipment, play structures, and stacked/lined up things.  Through these and other unexpected forms, I allow the structures I create to be and be constructed out of that which is animate.